Sci-Fi: The Mecca of the Multi-Million Entertainment Industry moves us from Reality to Fantasy 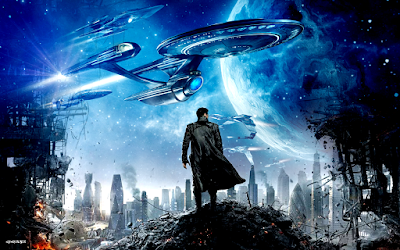 Science Fiction is a challenge for any writer who is willing to squeeze his imagination to unconquered limits and seeks to give an identity to non-existent characters by making their feats seem real. It is a world full of adventures and unlikely descriptions that create the idea of ​​a possible reality in an uncertain future that only exists in the imagination of the writer, based on scientific and technological precedents which appear in the novel only as obsolete elements.
Some of the earliest fantastic books chronicled the great challenge of humanity discovering new galaxies by traveling through space or time using incredible machines. These legends served as inspiration for the first Sci-Fi films, some of which were low-budget productions. This genre of film was little explored and valued in its beginnings but now it has gained more enthusiasts who are full of curiosity to know what there is beyond the stars, how far the feverish imagination of a writer can reach, and what the new and surprising special effects will be.
Fiction can be a healthy way of escaping one’s daily routine for a few hours using entertainment to de-stress through traditional ways like movie theaters, television, and radio. Of course, don’t forget the irreplaceable books and magazines that allow our mind to fly higher. A new invention was added in the past years, expanding the sci-fi market even more - video games. These forms allow the user to live through a saga and becoming the protagonists themselves.
Who were the pioneers?
One of the earliest writers to make a science fiction story famous using his ardent imagination and knowledge of technology was the French writer Jules Verne[1]. Born in the nineteenth century, he wrote novels that defied the imagination of his time by telling incredible stories of voyages to the moon, mysterious characters with weird and heavy outfits and monsters made of metal traveling under the ocean with sophisticated equipment, capable of transforming marine resources into not-yet-invented useful objects and healthy processed food. One of Verne’s greatest works was "Twenty Thousand Leagues under the Sea,” where he gave life to the enigmatic and solitary Captain Nemo in a submarine, which was inexistent at the time.
This would have been impossible to be conceived of without considering the prolific works of Leonardo Da Vinci, whose inventions, artwork, and sketches gave life to many phenomenal ideas. Some were made into reality through the minds of prodigious writers.
Following the path of imagination without frontiers, almost a century later, the great writer, director, and actor Orson Welles[2] pushed the Sci-fi genre beyond the limits of sanity, which placed him at the top of the cinema industry as one of the fathers of science fiction film. Welles found that Americans believe in the unknown and fear it, yet are drawn to it.
In 1938, Welles decided to adapt one of the most terrific stories, written by author Herbert George Wells[3], to a radio script. This broadcast of "The War of the Worlds” described an alien invasion on planet Earth. If its goal had been simply to entertain, it couldn’t qualify as successful. The truth is that Welles’ melodramatic talents as news narrator were extremely credible when he reported the fall of the strange meteorites from the sky which became containers for extraterrestrial ships that were defeating the U.S. military using their "heat rays" and poisonous gasses. Although it was constantly announced that it was only a dramatization, people in the streets ran for their lives. It was a bad joke from the Mercury Theatre on the Air, which had been performed as a Halloween episode, especially for those who had not heard the precaution message at the beginning.
This unprecedented event in New York City and New Jersey definitely impacted Welles' career and made him rethink the unbridled power of the media to influence people's minds and create panic.
The first science fiction films distracted people from the radio and brought them to a new invention, the giant cinema screens. It was the beginning of an innovative genre which today is one of the most lucrative in the entertainment industry. Le Voyage dans la Lune (Trip to the Moon) was the first science fiction movie to be premiered in the cinema. It is a silent film with no other colors than black and white, made in France in 1902 and directed by Georges Méliès[4]. The script was written by the director and his older brother Gaston, based on two novels by Jules Verne (From the Earth to the Moon) and H.G Wells (The First Men in the Moon).
Using more sophisticated audiovisual technology resources, some decades later a young film director, photographer, screenwriter, editor and son of immigrants, Stanley Kubrick[5] revolutionized the way Sci-fi was seen in the entertainment industry. He believed that if something could be written or thought, it could also be filmed.
His extraordinary ability to create realistic shocking and sometimes horrific images and scenes using various types of cameras made him one of the first geniuses of the “seventh art” (film) to exploit science fiction in a more visual way with movements and sounds that seemed realistic and spectacular. His most appraised film 2001: A Space Odyssey (1968) marked a milestone and served as inspiration for other films such as Star Wars (1977).
To The Impossible and Beyond
From the first novels that went beyond their time to the first Sci-Fi productions, the obsessive imagination of a writer has never rested for a moment, challenging the self with creativity and knowledge of technology to create something new and out of this world - something never seen or invented before.
The film industry has demonstrated to be ready to turn into the mecca of illusionism that leads its followers to cross the boundaries between reality and fiction without moving from their seats. Sci-fi will never cease to amaze us and its producers are willing to invest billions of dollars in creating the most successful blockbusters in Hollywood.

This is my new short storybook of Psychological Thriller, "The Roman House". Free download for 4 days in Amazon.  Thank you.   THE... 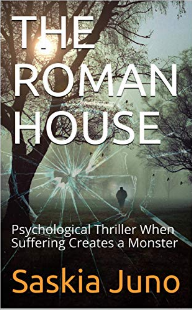 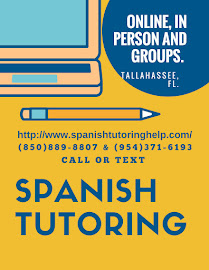 You Can Get Free Gift Cards For Shopping, Searching and Discovering What's Online at Swagbucks.com 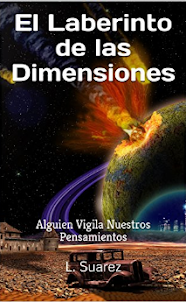 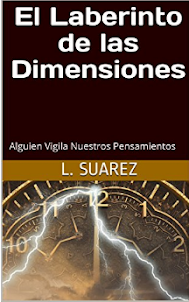